What You Should NOT Do When Putting Deals Together 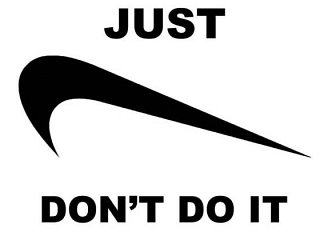 If you’re just getting started as a beginner real estate investor, there are a few things you’re going to want to avoid like the plague…

I see it all too often…

New wholesalers even call my office…

And it’s always the same couple of HUGE mistakes that people fall victim to.

If you’re guilty of having made any of these mistakes, no worries…

But after I bring these mistakes to light, you’re going to want to steer clear of them moving forward.

The first thing you want to be aware of is most newbies inflate the ARV (After Repair Value) when they analyze deals.

If you think a property could eventually be worth more than what is realistic, a few yucky things are going to happen next.

You’re going to think you can lock it up at a higher price than you should.

You’re going to put it under contract for too much.

You’re going to pitch it to your investors for too much (and they’ll see that you’re extremely green).

We don’t want any of that noise.

or else you’re setting yourself up for headaches.

The other HUGE mistake newbies tend to make is that they put all of their focus into finding deals on the MLS (multiple listing service - the online database where realtors list properties).

Everybody and their uncle has access to these deals.

Newbies tend to gravitate towards the MLS because if you get a realtor on your side, you can be handed properties for review (for free).

But they’re not actually free.

The “hidden cost” is that because everyone has access to these, the competition is sky-high.

And don’t get me started on pitching MLS deals to your cash buyers.

Investors who have been around the block already check the MLS themselves (or have somebody doing it for them).

If you want to get the best deals – even as a beginner – it’s of the utmost importance that you spend the majority of your efforts on off-market deals.

There’s gold in them there hills.

Some of the best deals (most actually) are the ones where the seller has a hard time going the traditional route.

Maybe the house needs too many repairs…

Or perhaps, they just inherited the property and need to sell fast because they can’t juggle the extra mortgage payment…

Or even, they’ve just found a new job out of state and need a quick sale so that they can afford the move.

Whatever the case, put your marketing efforts here.

Don’t waste your time on the MLS.

Just because you’re new, doesn’t mean you have to look it.