A “Secret Weapon” to WIN in your market 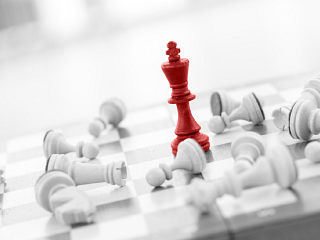 If you avoid this mistake, you can actually beat out every single competitor in your market.

In fact, do this right and sellers will often reject higher offers just to work with you!

It’s actually a pretty simple fix, yet most investors won’t even notice they’re making the mistake.

And not just beginners.

Intermediates and sometimes even pros make it as well.

So what is the mistake?

It’s that they focus on themselves!

They focus entirely on the numbers and on getting a deal - when really - they should be focusing on the seller!

The most important thing you can do when speaking with is a seller is to make sure you have EMPATHY for them.

And because almost nobody does this, you can use it as a secret weapon to beat the competition.

Here’s what happens when you have empathy for the sellers.

You LISTEN to them.

You hear their problems, and focus on solving them… rather than just blindly trying to put a deal together.

When they recognize that you’re actually trying to help them…

You build incredible rapport with them.

So much so sometimes that they’ll forgo selling their home for a higher price just to work with you.

They’d rather work with somebody they trust and know has their best interest at heart… than to get a few extra bucks.

Not only that, but when you focus on the seller, everything becomes easier.

You’ll feel much better about what you do, and close more deals in the process.

Don’t believe me? Go out and try it!